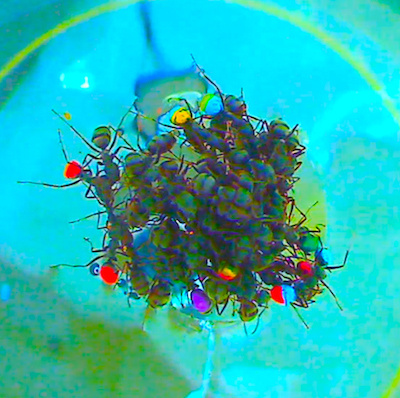 The ants go rafting one by one. Hoorah! Hoorah!

A team of scientists at the University of California, Riverside, were exploring self-assembly in ants. This occurs when ants link together to form structures. In this study, the scientists focused on ants living in areas that frequently flood.

The scientists did trials with and without brood—aka young ants or crew members-in-training. The rafts are flatter and more buoyant when brood are present. When removed, the crew members modify the shape of the raft in later floods. They continue to make flatter rafts.

So, the ants not only have specialized positions, but they also have great memory! And, no matter what their position, all of the ants survive.

All told, it’s a study that’s made a splash. A very safe… splash.