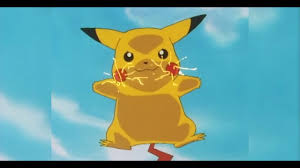 Are Pokemon brainwashing our kids?

He’s just one of hundreds of unique Pokemon. Like many, my own kids spent hours on those video games, trying to “catch ‘em all!.” But what effect might that have on their brains?

Jesse Gomez, a Stanford neuroscientist and a Pokefan himself, wondered. He recruited two groups of adults. One group had never played the games. The other group? Die-hard former childhood Poke-addicts. Each subject viewed images while their brains were being scanned and identified each Pocket Monster they saw.

Astonishingly, the scan showed that childhood Poke-maniacs had a unique, pea-sized part of their brains dedicated JUST to Pokemon!

Gomez says that children’s brains are very adaptable. If they weren’t playing video games, something ELSE would reshape their brains in a unique way. Like math class, hopefully?

So, fear not, worried parents! Your kids can’t catch anything from catching Pokemon. Except for a thousand points of extra star dust!