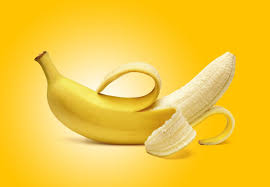 A BANANA a day keeps the doctor away?!

This flu season resulted in millions of illnesses and thousands of  deaths. Unfortunately, only THREE classes of drugs are approved for its treatment in the US.

Meet Evelyn Covés-Datson from University of Michigan, Ann Arbor. She may have found an a-PEELing new way to fight the flu: BANANAS! Her team used a bunch of them to create a flu-battling protein.

How does this fruit ninja work? It sticks to the flu virus, preventing it from latching onto healthy cells. This keeps the infection at bay! The researchers tested their drug on mice infected with a typically fatal flu strain.

How did the bananas do?

Fewer than ten percent of mice that received no treatment survived. Yikes! But the mice treated with the banana-based drug? ALL survived! Researchers found that the banana-derived medicine could also work against Ebola, HIV, measles, and SARS. Researchers hope this new drug can revolutionize how we treat flu and other infections.

Let’s hope those scientists STEP on it! The research that is – not the banana!