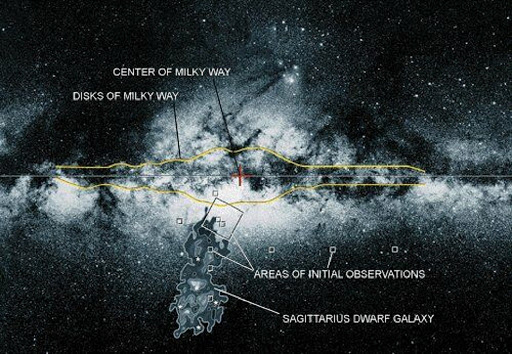 Does our galaxy need a collision damage waiver?!

Scientists know that the Milky Way doesn’t have a perfect disk shape. Instead, it’s slightly bent, like a brim of a sunhat. But what’s causing this elegant curve?

Enter a team of astronomers led by Eloisa Poggio of the Italian National Institute for Astrophysics. First, they modelled potential causes of our galaxy’s sun hat curve. Then, the scientists analyzed the data recorded by the European Space Agency’s Gaia Satellite. They combed through records containing the motion of TWELVE MILLION stars!

Results? The researchers found a model that was the best match. In this model, the curve is a result of a collision with a neighboring galaxy. It could be the Sagittarius giving the Milky Way a shove. This galaxy has a history of roughhousing our galaxy from time to time! What a bully!

Understanding the Milky Way’s shape can help scientists figure out how galaxies form and evolve.