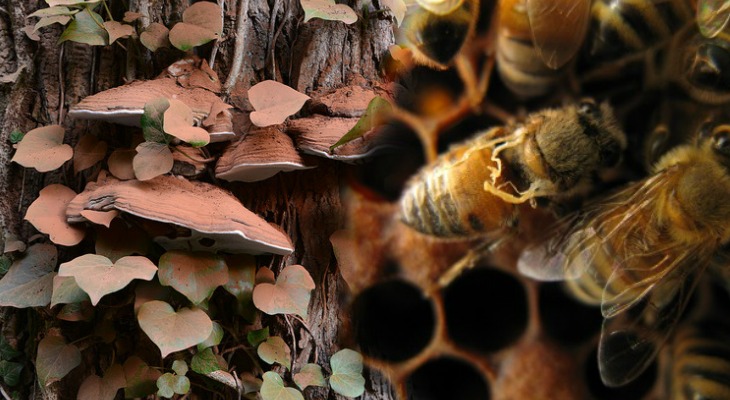 The hive’s in danger. Is the solution. . . magic mushrooms?

Bee populations worldwide are in danger. Deadly viruses spread by mites deform their wings, rendering them unable to fly. Can we save the bees?

Meet Walter Sheppard of Washington State University. His team observed bees feeding on reishi mushroom mycelium. Mycelium is the main part of a fungus. Picture fuzzy mold or the blue stuff in blue cheese. So why are the bees munching on the stuff?

Maybe they know that fungi can destroy viruses and bacteria! The classic example is penicillin. To test their hypothesis, the team fed bees sugar-water both with and without mycelial extracts. Later, they analyzed the bees and measured their viral D-N-A.

The team hopes their finding will lead to a sustainable method of saving the bees.

Fungi: promising a future filled with fruit, honey … and mushrooms!