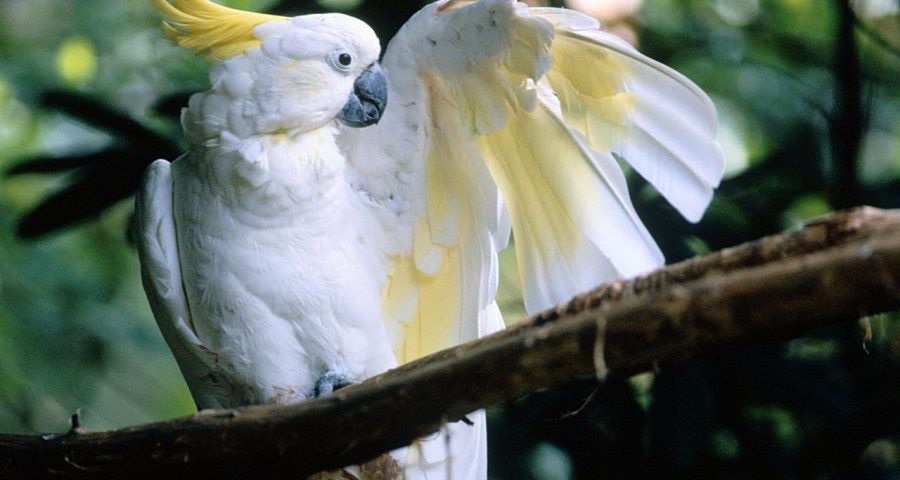 Who’s taking on racoons for the title of ULTIMATE DUMPSTER DIVER??!!

This is Sandra Tsing Loh with the Loh Down on Science, saying – SURPRISE!

It’s the Sulphur-crested cockatoo! Before twenty-eighteen, these pranksters were reported opening garbage cans in three suburbs around Sydney, Australia. They used their beaks and feet to pry open the heavy lids. But were these isolated incidents?

Barbara Klump from the Max Planck Institute of Animal Behavior and colleagues investigated.

Over the next two years, they surveyed residents to ask if they witnessed this behavior. Based on the results, cockatoos were now opening trash cans in forty-four suburbs! Over a THOUSAND PERCENT INCREASE from before! Researchers then mapped the sightings over time to determine HOW this rubbish rummaging spread.

Results? Based on the models, cockatoos learned how to open trash cans by watching each other! New sightings popped up close to suburbs where this behavior was already occurring.

These findings highlight how wild animals may adapt to new urban environments.

As opposed to urban house pets, who just — wait for the sound of the can opener.