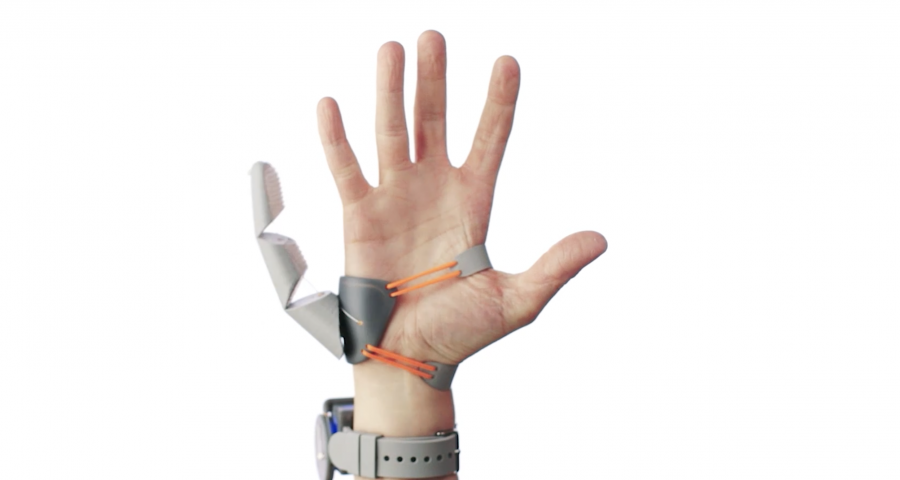 What could YOU do with a third thumb?

This is Sandra Tsing Loh with the Loh Down on Science, saying … win a thumb wrestling contest – hands down!

Prosthetics are a great solution for people who are missing limbs. But could they also give us a little something EXTRA?

Paulina Kieliba and fellow University College London researchers investigated – with a ROBOTIC third thumb! Volunteers were trained to use the prosthetic, attached next to their pinky. They controlled it with pressure sensors under their big toes.

The team found that people quickly adapted to their new thumb. Volunteers completed dexterity tasks like building block towers and picking up wine glasses! After using the extra digit, magnetic resonance imaging showed that brain activity was similar for ALL fingers. Meaning, the brain did not easily distinguish it from the others!

The researchers believe this shows that extra limbs may change our brains. But don’t knit those two-thumbed mittens just yet! More research is needed before additional prosthetics become the norm.

You gotta HAND it to science — I give it three thumbs up!