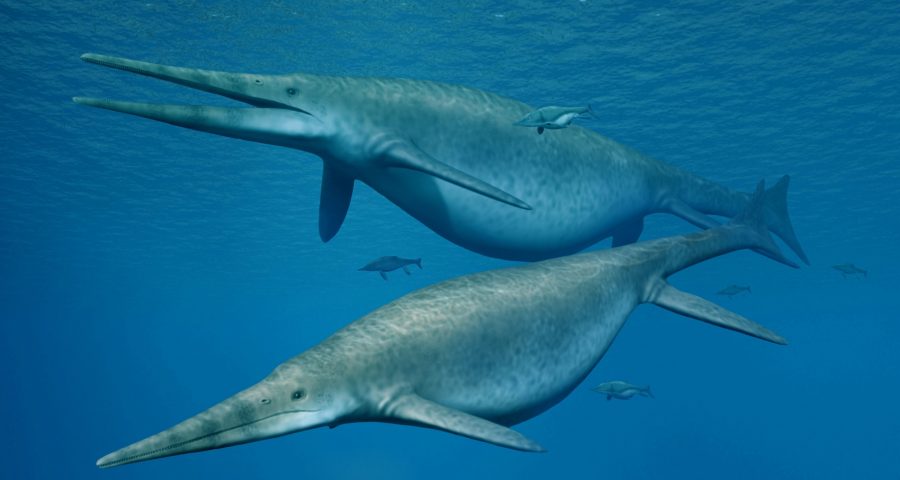 One hundred and eighty million years ago, gigantic marine reptiles ruled the seas. Then, water levels began rising… dramatically! Not all seafaring reptiles could adapt. So, who survived and who became history??

Davide Foffa at University of Edinburgh examined fossilized teeth for answers. Our chompers say a lot about us, what we eat and where we live! Based on their teeth, Foffa denoted five groups.

What did he learn? These groups peacefully coexisted for millions of years. SHARP-toothed fish eaters in the shallows ignored FLAT-toothed lobster chompers in deeper waters. But, as sea levels rose, reptiles with SHARP teeth in the shallow oceans died off from lack of prey.

Meanwhile, the FLAT-toothed creatures, such as Ichtyosaurs and Geosaurs, thrived in the new oceans. These observations reveal the changing diversity of the ancient seas.

Today, oceans are again changing due to increased pollution and climate change. Evolutionary history could give us clues about what survives and what perishes.

If it’s anything like last time, I’m betting AGAINST the sharks (don’t tell them I said that)!