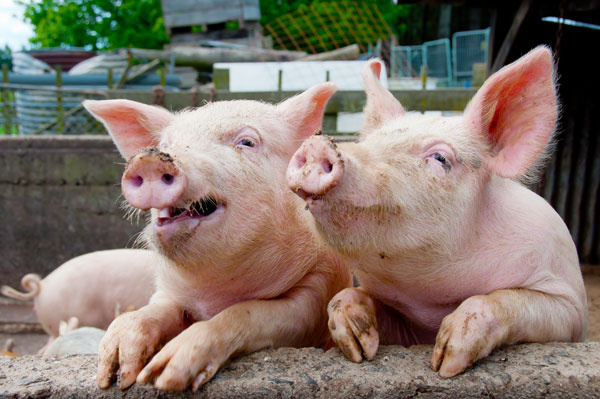 The common domestic pig has moods like we do.

Lisa Collins and colleagues from the University of Lincoln wondered: how much does a pig’s happiness depend on her housing and food?

They made eighteen pigs live in a nice house with big rooms and hay. Another eighteen got smaller rooms. Without hay.

Personality was determined by observing how pigs played with toys. Think an orange traffic cone or white bucket.

The researchers noticed that some pigs were only happy when they had nice housing or good food. These were labeled “pessimistic.”

Other pigs played with the toys happily, no matter where they lived or what they ate! These were called “optimistic.”

So optimistic pigs can be happy in lousy housing…even when there’s a literal wolf at the door!