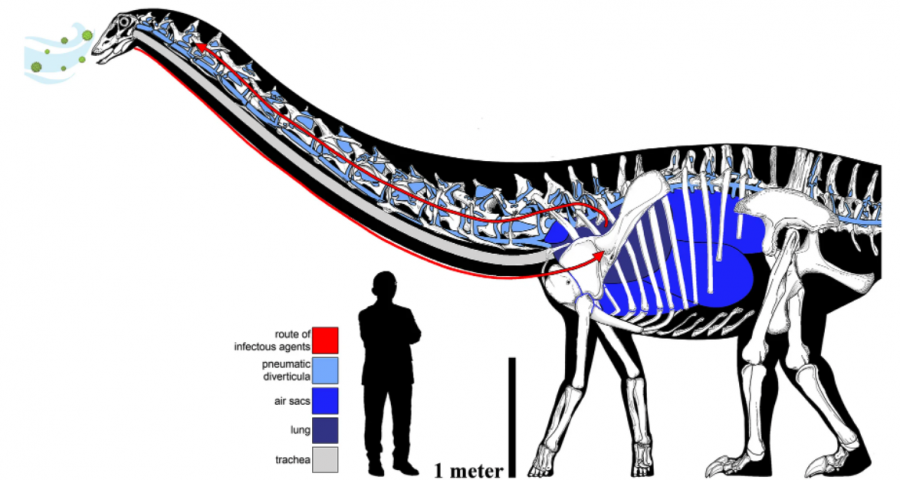 What’s worse than a horse with hay fever? A dino-SAUR throat!

Enter Cary Woodruff from The Great Plains Dinosaur Museum and some paleo-centric colleagues. Their test subject? A one hundred and fifty MILLION year old long necked dino named Dolly. When Dolly walked the earth, she was about sixty feet long – almost two school buses! And weighed two times MORE than a giraffe!

Researchers took CT scans of Dolly’s neck to look at her bones and soft tissue. And they noticed something … SAUR-spicious!

Dinosaurs have similar bone structure to their modern ancestors – BIRDS! Air sacs play a critical role in bird lungs. Dolly’s neck bones showed unusual growth, shape and texture around her lungs, where air sacs would have been. We see this today in birds with respiratory infections. Infection in the air sacs causes swelling in the bone!

The team diagnosed the first dino cold! This discovery teaches us more about the evolution of respiratory diseases.