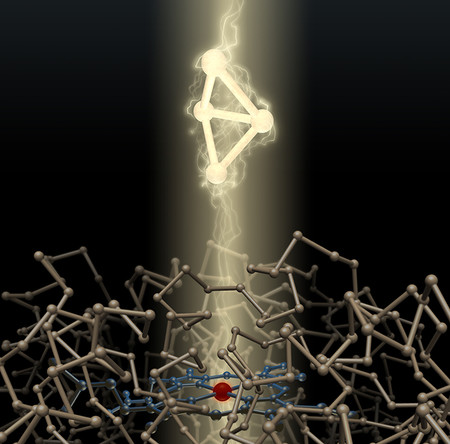 Bicycles. Green energy… in more ways than one!

Hydrocarbons like butane are chemicals used in fuels. Fuels use the energy stored in the bonds of these molecules. Bonds can hold a lot of energy, but too much makes them burst like popcorn. So high energy hydrocarbons burn too easily.

Question: Can we pack extra energy into hydrocarbons without popping them?

Meet Frances Arnold at Caltech. Her team studied how bacteria can make chemicals that are similar to fuels. Then, they breed these bacteria to produce newer, higher energy hydrocarbons.

The result? Bicyclobutane! You can think of it as lighter fluid’s manic cousin.

Its bonds are shoved together, too close for comfort. Like in a squeezed spring, the closeness of these bonds gives it high energy. But thanks to the stabilizing bacteria, it doesn’t explode. Good work, cleverly engineered bacteria!

Bicyclobutane can lead to not just new fuels, but also new plastics and even medicines. Plus, it’s totally green!

So next time you’re our driving, share the road… with bicyclobutane! And some bacteria.