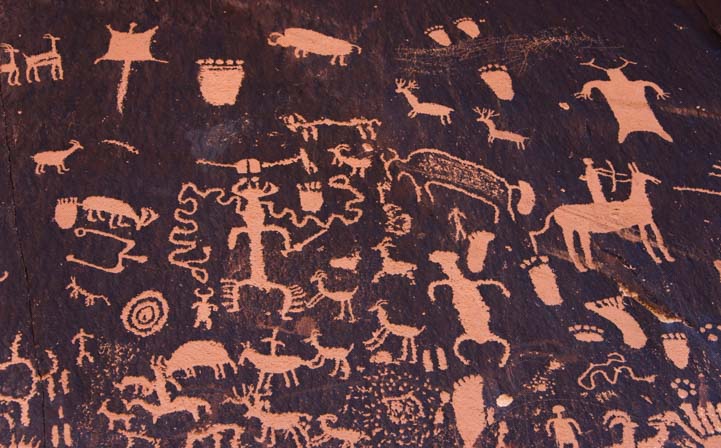 Is it a Picasso, a Pollock, or… a Neanderthal?

This is Sandra Tsing Loh with the Loh Down on Science — and Art PRE-history 101!

Neanderthals are our closest EXTINCT relatives. Early humans certainly made art — but were there Neanderthal artistes?

Enter Dirk Leder and colleagues at the State Service for Cultural Heritage in Germany. They excavated a cave where Neanderthals once dwelled. One artifact: a fifty-thousand year old toe bone from the extinct Giant Deer. Curiously, the bone featured a carved pattern of stacked chevrons. Could it be art?

To determine its purpose, the archeologists scanned the fragment. They took mini X-rays to create a super-detailed 3D model.

The scans revealed the engravings were ten to fifty times deeper and shaped differently than typical unintended modifications, such as butchering. There was no evidence of any practical use.

What’s more, humans arrived on the scene millenia AFTER the bone was carved. Meaning Neanderthal artists rocked this all on their own.

Sporting berets made of stone. Well: that refinement came later.