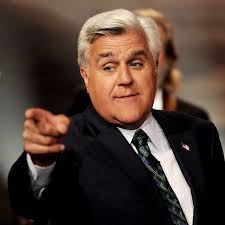 What do Reese Witherspoon, Jennifer Aniston, and Jay Leno have in common?

This is Sandra Tsing Loh with the Loh Down on Science, saying: They’re all twins!

Just kidding. They all have prominent chins, of course. But even they can’t tell you why.

The chin’s true function remains a mystery, much like the appendix—or Congress.

Even among primates, modern humans are the only ones to have these bony protrusions.

Turns out, theories fall into two main categories: Either chins are adaptive, and help us do some other task: Like Speaking. Chewing. Or attracting mates.

Or chins are an accidental byproduct. Maybe natural selection was acting on some other aspect of face or mouth shape, and chins came along for the ride. Scientists call such evolutionary accidents “spandrels.”

Pampush’s conclusion? All the chin theories are a bit … weak.

He hopes his work will spur further research. And, as he says, “reveal some unexpected insight into what it means to be human.”

Or at least what it means to be Leno. We love you, Jay! And your big long chin.