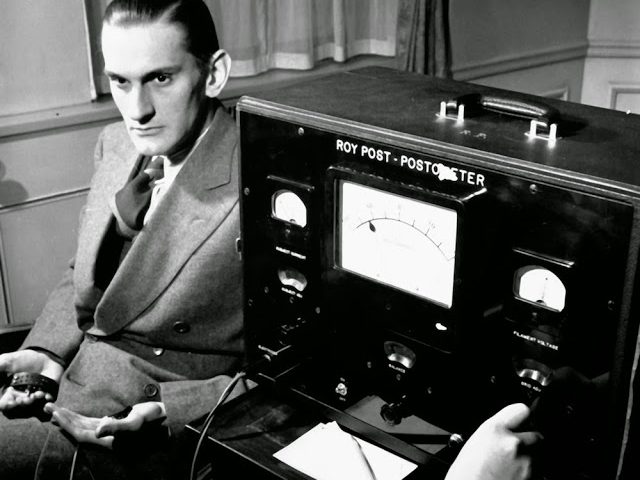 This is Sandra Tsing Loh with the Loh Down on Science, saying “Whodunnit?”

Lie detectors monitor your heart rate. If you can keep your cool, they’re easy to deceive. But, can we invent a truth machine that CAN’T be fooled by breathing exercises?

Dr. Chun-Wei Hsu at the University of Plymouth analyzes the brain to uncover the truth. How? With functional magnetic resonance imaging, or f-M-R-I. When you think, blood goes to specific areas of the brain. The f-M-R-I can measure this flow! That’s how it can tell if YOU are Colonel Mustard with the candlestick.

Not quite. Dr. Hsu investigated further. He gave volunteers a “secret number,” then showed them a list of numbers while scanning their brains for activity.

However, some of the suspects were trained in mental countermeasures! One technique was to simply NOT think about the secret number. Simple, yet effective. Those subjects were able to fool the f-M-R-I machine – and could probably foil a lie detector too!

Next, Dr. Hsu wants to train the machine to recognize mental countermeasures.

Meanwhile, let’s all practice our spy techniques. Ready? DON’T think of an elephant…..DARN IT!