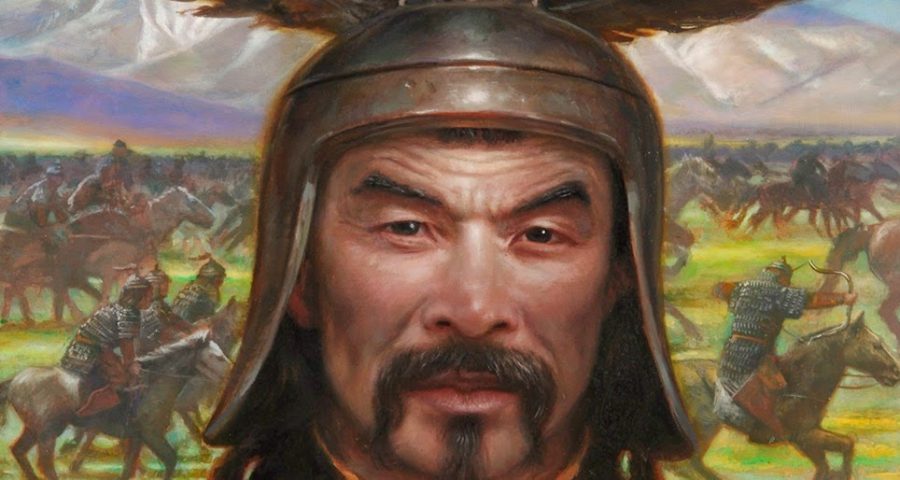 Were Genghis Khan’s conquests a product of . . . nice weather?

The Mongols were bad dudes, but they kind of came out of nowhere. One day they were a bunch of warring tribes, the next they conquered Korea, Turkey, Russia, and more. What changed?

Neil Pederson and other U.S. and Mongolian scientists studied tree rings in central Mongolian pines. They found that the climate in early 13th century Mongolia was the wettest it had been in 1,100 years.

So? Well, Mongols rode horses, which eat grass, the gasoline of its day. Wet, warm conditions were excellent for grazing livestock. The strong economy, and well-fed horses, may have helped Genghis Khan consolidate power and conquer most of the known world.

Leaving an opening for . . . Californian World Domination! No, no, no, dude. The closest we’ll get to Genghis Khan is in Bill and Ted’s Excellent Adventure. Totally awesome! Pass the popcorn.