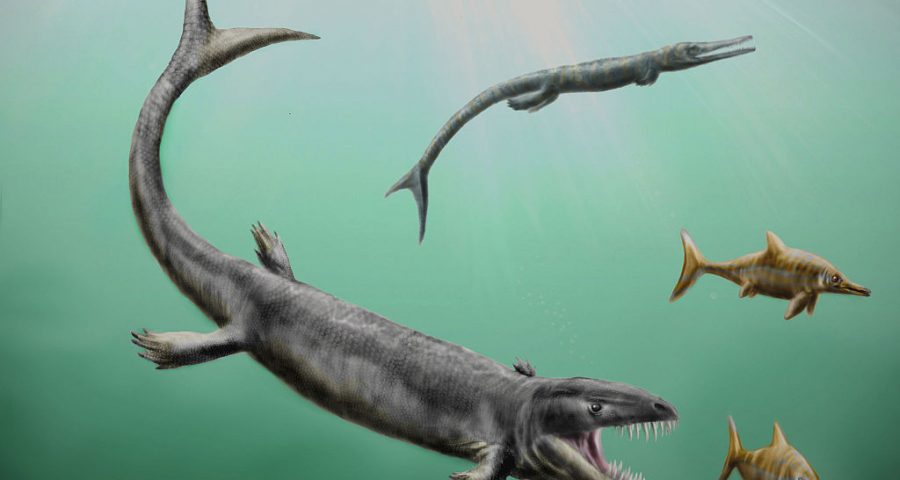 What’s big, scaly, and eats more than your Dad at a discount buffet?

Ichthyosaurs! These ancient REPTILES swam in oceans but breathed air… Imagine something like a scaly dolphin, but the size of a whale!

So HOW did ichthyosaurs get so big, so fast?

A creature as large as a whale requires a TON of food. Whales grew massive by specializing in specific diets, like filter feeding. The researchers think the ichthyosaurs became top hunters early on and were less picky! With fewer animals eating the same thing, they had a shorter line to the SEAfood buffet!

Whatever’s on the menu — they knew how to have a WHALE of a time!