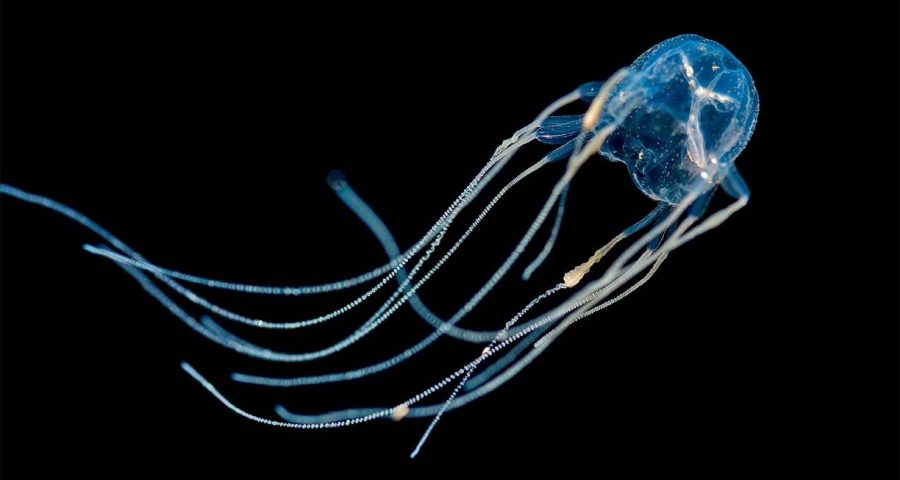 Box jellyfish stings could easily be something from a horror movie. Especially terrifying? The monstrous C. fleckeri! Its venom causes pain, tissue damage, and even death! Swimmers, beware!

Who’s taking on these terrifying tentacles?? A research team led by Gregory Neely and Raymond Lau from the University of Sydney! They wondered – how exactly does box jellyfish venom work? If we know the answer, maybe we can find a cure!

They injected jellyfish venom into modified human cells in a test tube. The venom attacked specific sections of DNA, one of which builds cholesterol. But injecting cells with cholesterol blocking compounds before OR after venom exposure blocked the attacks!

Now, I can go swimming without a care in the- Ahh! Something touched me!!