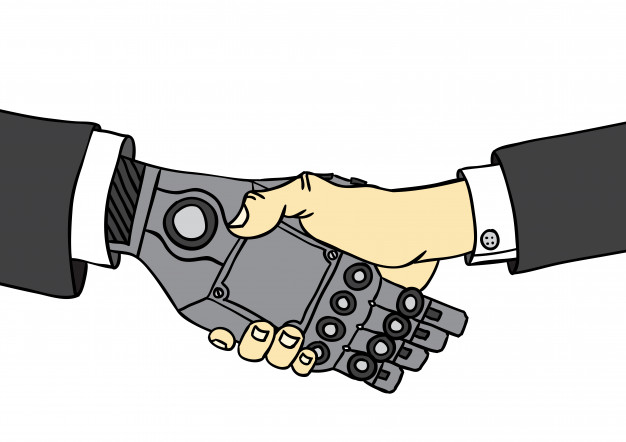 Can’t we all just get along…with robots?

This is Sandra Tsing-Loh, with the Loh Down on Science.

Robots seem to be a good choice for jobs that are easily automated. But what about…driving? That requires human skills like dexterity and instinct. Are robots really cut out to be cabbies?

Matthias Klumpp challenged a team of two robots and one human to a driving test. REMOTE CONTROL driving, that is!

The goal? Drive remote control cars around a racetrack without crashing. Super-fun! For the first race the robots totally avoided the human. This way they wouldn’t run the risk of crashing. Second heat? The roles were switched. The human worked hard to avoid the robot-driven cars. For the last test, the human and robots communicated and worked together.

When working TOGETHER the drivers crashed less and drove more laps! Looks like robots do a better job as our coworkers than our replacements!

But – can we get them to chip in to the office birthday fund? “Sorry, Dave – I can’t do that.”