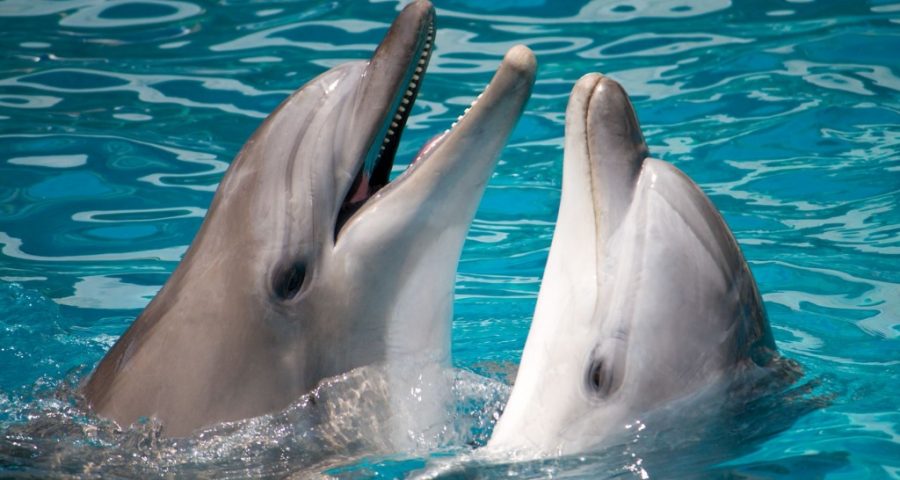 Who amongst you speaks Spanish, French…Dolphin?

Dolphins are thought to be the second smartest animal in the world. They form close relationships with family and friends and mourn their dead. But can they speak to one another?

Dr. Ryabov from the Karadag Nature Reserve in Ukraine, may have the answer. Using an underwater microphone, Ryabov recorded exchanges between two dolphins, Yasha and Yana. What did he hear?

The dolphins were communicating — with words! Formed by vocal pulses, these words varied in frequency, volume, and range. Essentially, it resembled a conversation between two people. That’s right – dolphins speak…and in sentences of up to five words!

Yasha and Yana also took turns speaking and listening. But unlike some people, they appeared to be interested in what each other had to say. How polite! Based on these findings, it seems that dolphins do, indeed, have their own language. As for what they’re saying? More research is needed.

One thing we can be sure of. The conversations are very very deep. Get it? Underwater? Deep? Sure!