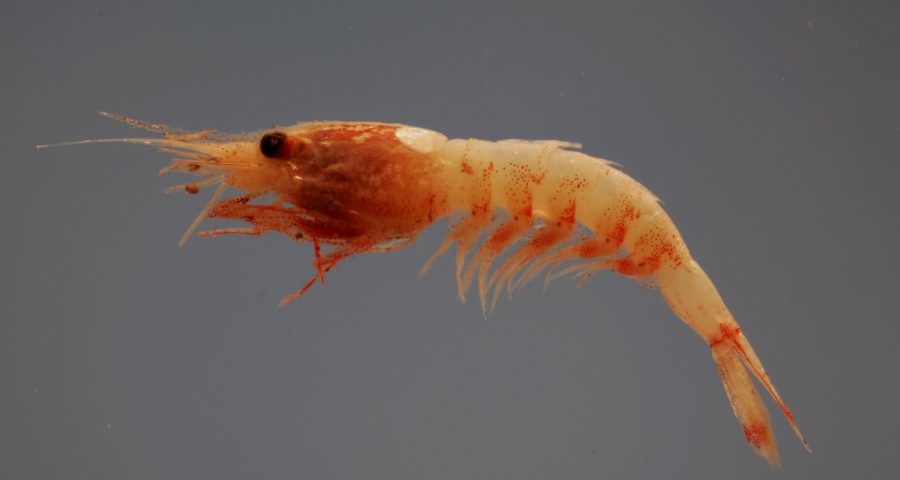 Let’s play hide and seek… under the sea?

Dark, gloomy, and cold … it’s the deep sea! With only a little light filtering down, how do animals communicate? Shrimp use special body cells called photophores that light up. But these might also attract predators. Why play such a dangerous game?

Heather Bracken-Grissom of Florida International University and her team wondered. They collected shrimp off Florida’s coast. Then, they shined bright light on some shrimp and kept others in dim light.

Under the microscope, the researchers saw MORE photophores activated by the bright light. Shrimp activated these glowing cells to match the light around them! How?

DNA from the photophores have some of the same light-detecting genes as in shrimp’s eyes. The same cells that CREATE light also DETECT light!

Why do both? Turns out, detecting light can help the shrimp mimic their surroundings and blend into the background. So long, predators!

Clever shrimp! Both camo experts AND brilliant disco balls. The life of the party at raves – undefeated at hide and seek!