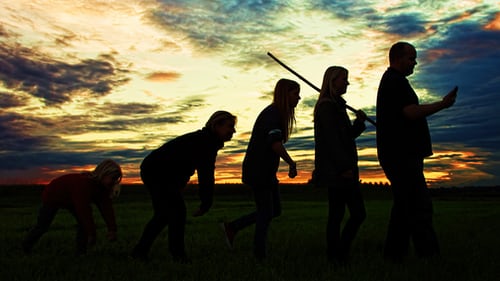 Where does YOUR family tree begin?

We are ALL homo sapien. AKA human! Two-million years ago, humans didn’t live all over the planet. Scientists believed our ancestors, homo erectus, came from EAST Africa. Until now…

In the cave, they found skull fragments two hundred thousand years OLDER than the ancient EAST African remains. But with most of the skull missing, how do we know it’s human?

The researchers used a digital program to draw the COMPLETE skull. Then they measured the volume inside the skull-picture to find the brain size.

Thanks to digital drawings, researchers now believe our earliest ancestors were from SOUTH Africa!

Ancestry DNA couldn’t tell us that!