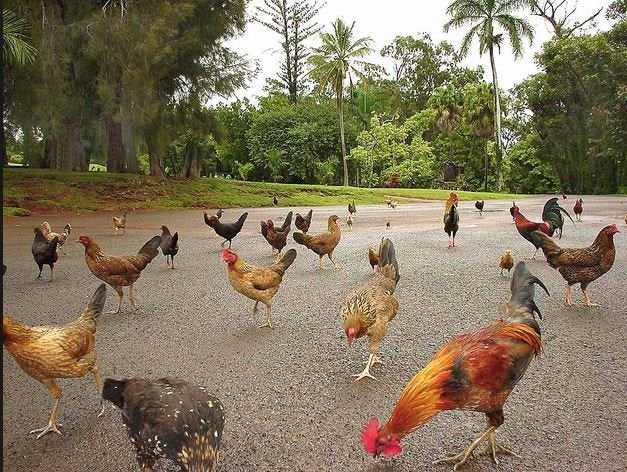 The island of Kauai is being invaded – by chickens! Over the past few decades, the feral chicken population on the island has EXPLODED! They scratch at the roots of young fruit trees, killing them. Farmers are outraged! But where did they come from?

These destroyer-chickens are a HYBRID species! They’re a mixture of Kauai’s native red junglefowl and the white domesticated chickens that end up in grocery stores. Gering thinks that violent hurricanes thirty years ago allowed farm chickens to escape and interbreed with their wilder cousins. It’s “Chicken Run” goes Hawaiian!

Could the swelling hybrid chicken population sort itself out? Gering is not so sure. Domestic chicken genes may actually help the endangered junglefowl survive.

One thing’s for sure, no one can call THESE chickens — chicken!