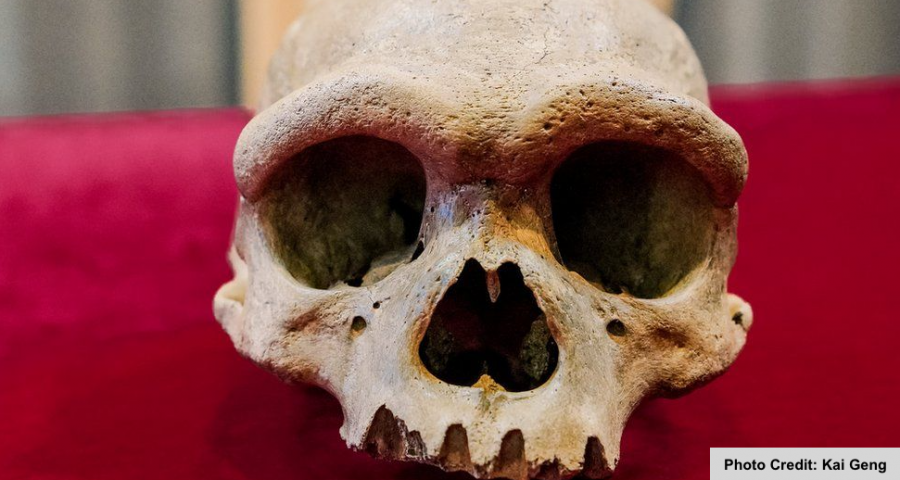 How ancient is the slumbering Dragon … Man?

Neanderthals, our genetic cousins, lived in Europe and West Asia thousands of years ago. But what do we know about human relatives who lived in EAST Asia?

To find out Dragon Man’s age, the researchers decided to get their hands dirty. Literally! The dirt on the skull contains rare earth elements, or R.E.Es. These are seventeen metallic elements, often found together in soil. Fossils from the same area have similar amounts of R.E.Es if they’re roughly the same age.

And . . . Dragon Man has a match! Its R.E.E makeup is closest to fossils from around TWO HUNDRED THOUSAND years ago!

Learning more about Dragon Man can reveal how humans evolved and migrated in Asia.

Hmmm, what other secrets has Dragon Man kept under his skull?