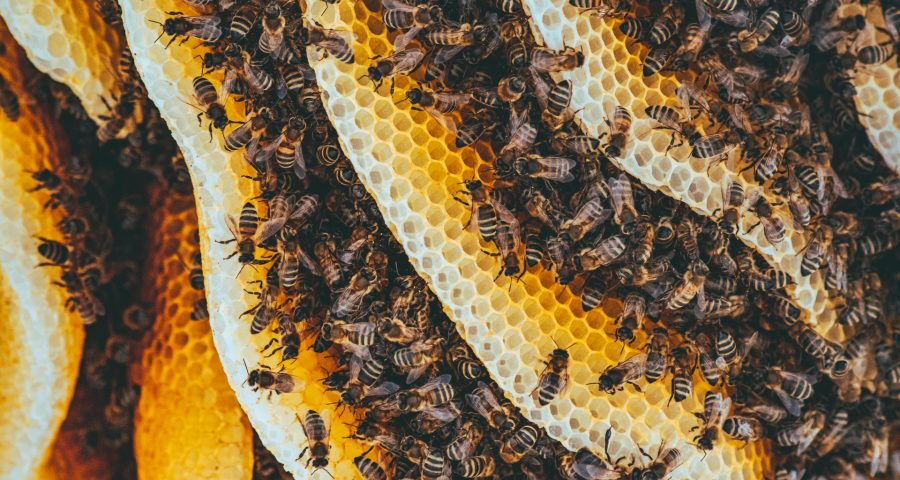 If you can’t stand the heat – get out of the beehive!

Bees are THE SWEETEST. But varroa destructor mites decimate THOUSANDS of bee colonies every year!

Chemical pesticides for these mites can be toxic to bees and beekeepers. BUT biological pesticides, like fungi, can’t survive in the beehive – the temperature is nearly one hundred degrees! Phew. Is there a way to help our buzzing friends?

The team grew fungi in increasingly higher temperatures. After several generations, the fungi developed genetic mutations that gave them heat-resistance superpowers — perfect for the sweltering beehive!

Next, the researchers repeated the experiment, starting with the new heat-resistant fungi. This time, they bred for fungi that were super-deadly to the varroa mites. Finally, researchers treated some bee colonies with their new ruthless fungus.

Results? The super-fungi worked just as well as the non-natural pesticide. But WITHOUT harming the bees!

How exciting! Is it warm in here? Or is it just me?