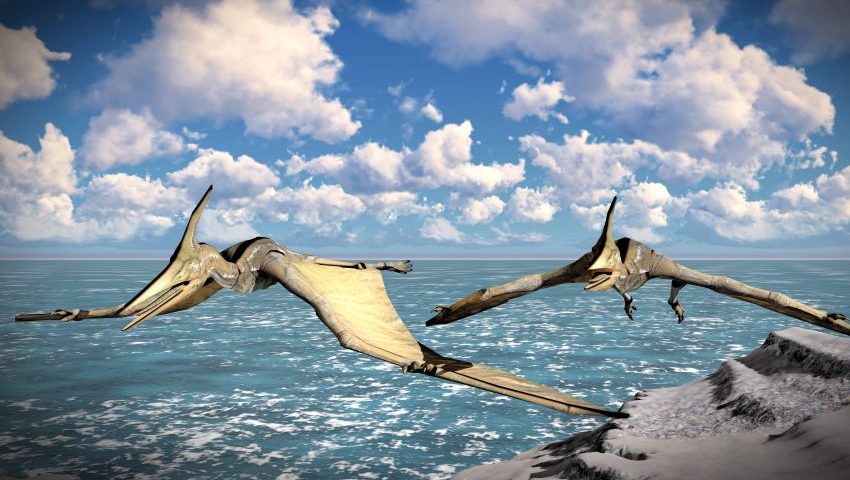 Aww … our nippy little PTERODACTYL is ready to leave the nest!

Imagine it’s two hundred million years ago. Look, up in the sky — it’s a pterosaur, A-K-A pterodactyl! When do they learn to fly? Right out of the egg? Or later, like modern birds?

Darren Naish from the University of Southampton and colleagues wondered.

They studied the bones of four fossilized hatchlings and still-in-the-egg pterosaurs. The team measured the bending strength of the dino’s humerus bones – similar to our upper-arm bones. They also calculated the wing size and the ratio of wing span to wing area.

So, how did baby dinos compare to adults? Humerus bones on these youngsters were similar or even stronger than flying adults. They also had shorter and broader wings!

The researchers believe this means baby pterosaurs could probably flap away straight out of the egg! No parental guidance needed! Their shorter wings likely made younglings nimble enough to live in crowded habitats, like forests.

Free as a bird … or well, a pterosaur!