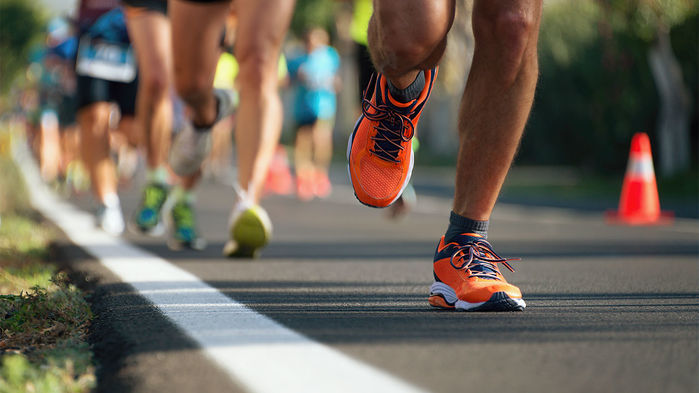 Baby, we were born to run! But just how far?

Could YOU run a marathon every day – for twenty weeks? A dozen athletes did just that! They competed in the Race Across the USA. Is there no limit to human endurance?

Enter Caitlin Thurber from Hunter College. Thurber measured calories spent per day of five trans-USA runners. She found something surprising! The athletes all spent about THREE TIMES the minimum energy needed to stay alive. That’s over five-thousand calories – almost TEN Big Macs! This suggested a LIMIT for how many calories they could expend a day.

Thurber then investigated whether this cap applied more broadly. She reviewed data on other long-term physically demanding events, such as pregnancy and arctic trekking. The cap was STILL there. It’s not limited to running or to ultra-human athletes!

Thurber thinks the limit comes from our digestive system. For instance, if you ate one-hundred donuts, only the calories of twenty would be absorbed. So you can’t eat your way out of this limit!