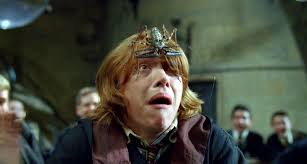 This is Sandra Tsing Loh with the Loh Down on Science, saying, unfortunately, unlike Harry Potter and his friends, we can’t simply magic the fear away.
Or can we?

Uncontrollable fear can make life difficult, and there aren’t many options for treatment. Exposure therapy sometimes works, as do certain drugs – including the beta-blocker propranolol. Researchers at the University of Amsterdam wondered whether combined therapies might be more effective. They recruited spider-fearing subjects and gave them either propranolol, tarantulas, or both.

The effects were frighteningly clear: beta blockers plus exposure to tarantulas equaled fearlessness. Patients who had once been terrified of spiders could now hold them in their bare hands! Even better, this effect persisted for a year after treatment.

Great news for people with phobias and other fear disorders. It’s also convenient, because beta blockers are already approved to treat other human diseases.

Maybe we should change the name from beta blockers to “fear blockers.” Who needs magic wands when you have science? Expecto propranolol!