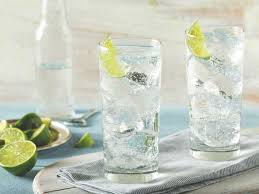 Your beverage of choice. Fizzy or flat?

We know that sugary sodas can pack on pounds. But we love our bubbly bevs! So we’re cutting back on soda, drinking more sparkling water, and staying hydrated! That’s a healthy lifestyle change. Or is it?

Enter Johnny Stiban and coworkers from Birzeit University in Palestine. They wondered if CARBONATION poses any health risks. That’s something soda and LaCroix have in common! They gave some rats soda, others tap water, and
others soda gone flat.

So… the BUBBLES are the bad guys! Based on their findings even Perrier might lead to weight gain!