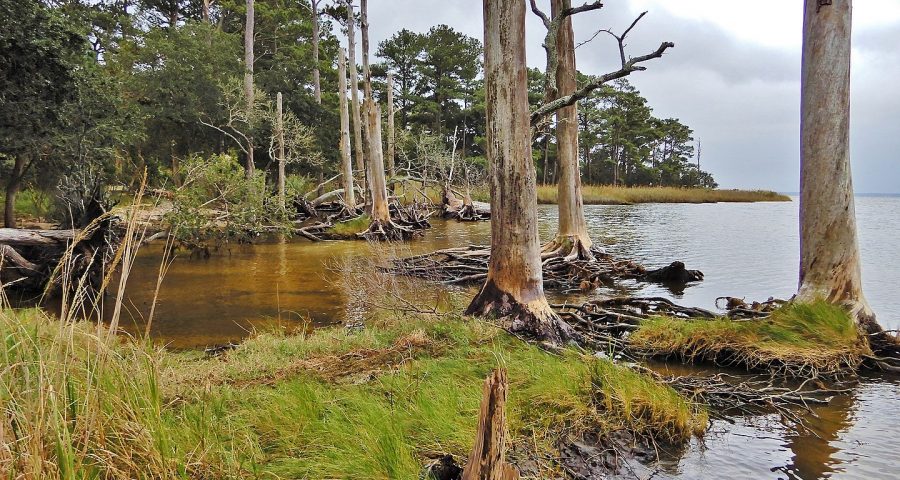 Peee-yooh! Are you blaming the dog – again?

When humans break wind they release greenhouse gases, which are bad for the climate. However, your “whodunnit?” might not compare to a dying wetland forest. As a forest dies, greenhouse gases are set free. BUT who is releasing more? The dying trees or the soil?

Melinda Martinez and Marcelo Ardón at North Carolina State University investigated. They visited five dying forests across the state to find out.

They picked out around forty standing trees throughout the forests. They then placed clear chambers around the trees and on top of the soil. Using a gas meter they measured how much greenhouse gas was produced. They repeated the setup a year later.

And? PFFFFT. The biggest cheese-cutter? It was SOIL! Letting it rip up to FOUR TIMES more than the trees!

They also found a surprising fact! The wetter the soil, the gassier they got. But the trees became less gassy!

So, soil time to come clean – you owe our trees, and my dog, an apology!