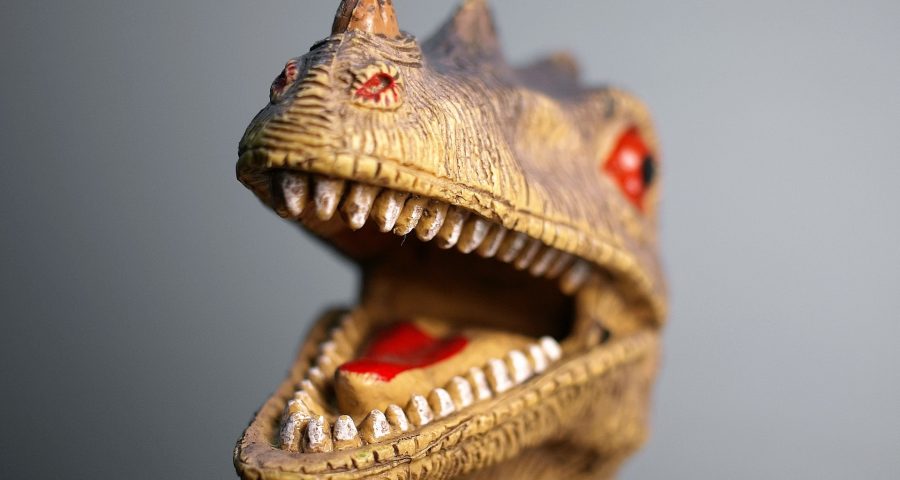 Chomp, chomp! How hard can a teen T-Rex bite?

The adult Tyrannosaurus-rex in Jurassic Park easily bit through metal and rubber. CRUNCH — And bye-bye Jeep! But what about a teenage T-rex?

Enter Joseph Peterson from the University of Wisconsin and his team of dino experts.

The scientists created a 3-D model of a fossilized tooth from a thirteen year old T-rex. They mounted the replicate tooth to a mechanical frame, then tested its chomping strengths and speeds on cow leg-bones. They compared tooth indents on the bones to fossils with ACTUAL juvenile T-rex bites.

Results? Turns out tweener T-rexes have a bite force over FIVE-THOUSAND Newtons (a unit of force). By comparison, humans can only bite about three hundred Newtons!

These findings are helping scientists determine what was on the kiddie menu during dino times! But more research is needed before we officially know their dino-diet.

Cars on the menu? Probably not, but let’s not test it!