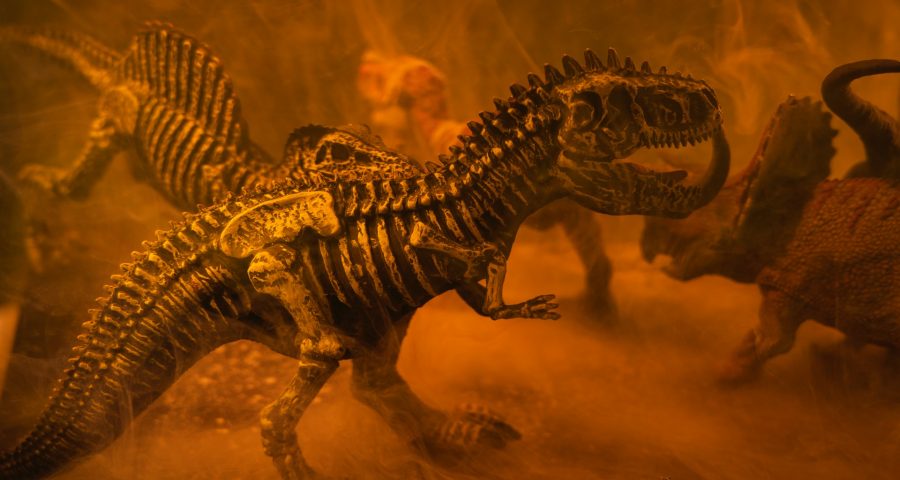 The asteroid that killed the dinosaurs ALWAYS gets a bad rap. But what if it led to — a landscape makeover?

They looked at tens of THOUSANDS of plant fossils near present-day Colombia, which is now close to the Amazon rainforest. Some of these fossils were ANCIENT – sixty million years old! That’s just before the dinosaurs disappeared.

The earliest fossils were of different types of ferns and evergreen trees. Not your typical rainforest flora! However, after dinosaurs declined, so did these types of greenery! Why is that?

Unknown! Researchers think dinosaurs may have crushed the more delicate plants. Or maybe evergreens were somehow important to dinosaur life — and that need disappeared with the dinos!

Over the next six million years, the researchers saw a slow buildup of flowering-type plants, such as passion flowers. Eventually, it became the lush rainforest it is today!

So dinos – we’re sorry about the extinction thing. But the flowers – – so pretty!