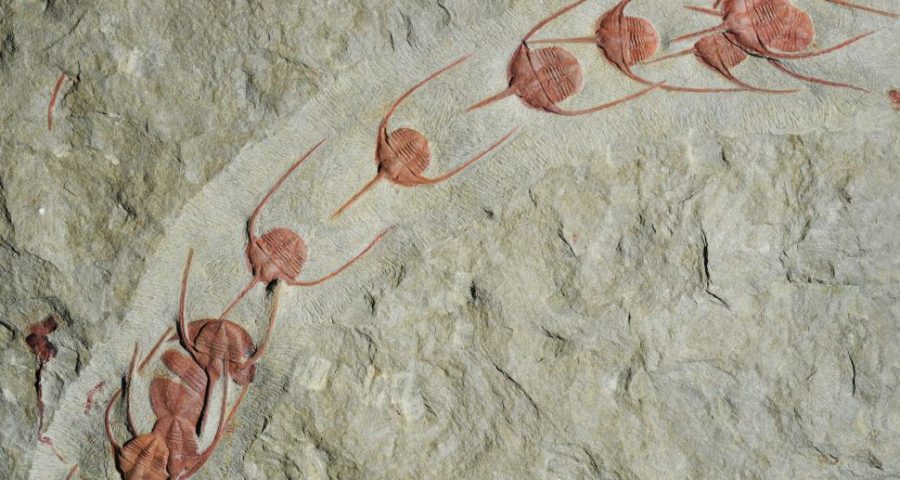 Standing in line for a latte — such a twenty-first century problem! But pity the poor extinct trilobites – their fossils are STILL waiting in line!

What’s a trilobite? It’s an ancient marine arthropod. Their fossils have been found in neat, single-file lines. But WHY?

Jean Vannier and his team decoded this mystery — by studying peculiar Moroccan fossils! Previous fossils led scientists to believe the lines were formed by chance. The researchers theorized trilobites were swept together by ocean currents, or were trying to escape predators. BUT the Moroccan trilobites were different!

Vannier determined the critters were ALREADY in line before being rapidly buried by sediment.

Now, researchers believe the lines may have helped trilobites find a breeding ground. Alternatively, they were scuttling away in line from an environmental stress!

Either way, the act of standing in line occurred around four-hundred eighty million years ago!

If you think the line at Starbucks is slow, imagine being stuck for millennia. Yikes!