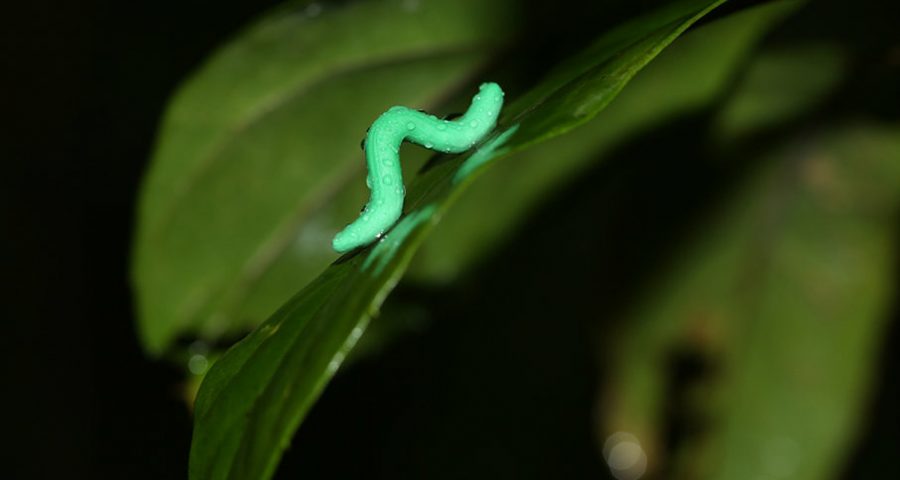 Are pests destroying your garden? Maybe you should just. . . move!

Biologists know there are more species of everything near the lush equator. Which means lots of plants — and animals to eat them, like hungry caterpillars! So how do the tropics stay so green?!

Enter Tomas Roslin from the University of Helsinki. He and his team of scientists, wondered: Are caterpillars near the equator at greater risk of being attacked by predators?

To find out, they glued fake caterpillars onto plants across six continents. Whenever a critter bit the clay caterpillar, it left a mark. Counting the marks revealed how often a REAL caterpillar would have been attacked.

So who’s eating the caterpillars? Birds? Mammals? NEITHER!

The imprints revealed that arthropods, like ants and spiders, were the most voracious caterpillar killers.