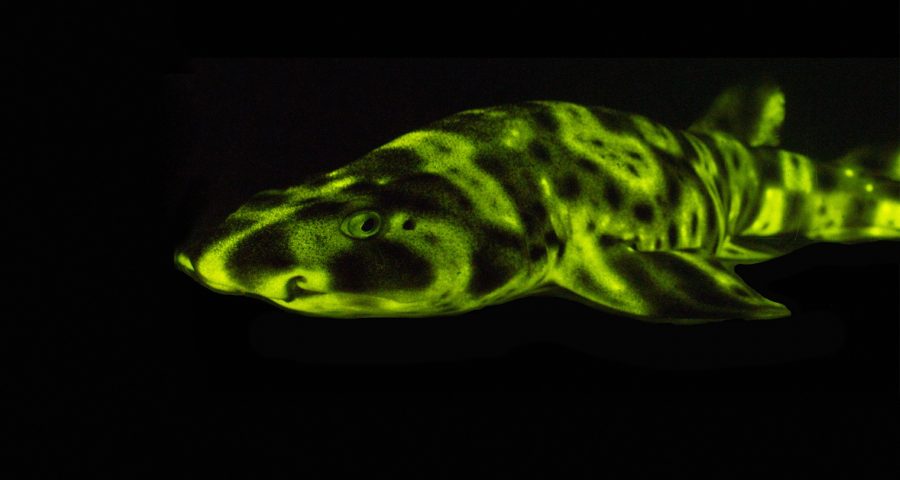 Lions and tigers and glowing sharks, oh my?

This is Sandra Tsing Loh with the Loh Down on Science, saying: We’re gonna need a bigger boat!

Lots of ocean-dwelling animals glow. Biofluorescence allows a marine animal–say, a shark–to take in light and convert it to a different color. What color? Bright green!

Jason Crawford at Yale discovered that glowing green sharks show a unique form of biofluorescence. Their skin has patches of alternating light and dark splotches.

Only the LIGHT skin has the chemical responsible for the sharks’ signature green glow. However, the structure of the DARK skin scales is similar to a lens. While the light skin glows green, the dark skin spreads the glow around evenly.

Crawford believes that the biofluorescence evolved to help the shark stand out and communicate to other sharks. Most marine animals can’t see in color. Sharks, on the other hand, can see blue and green light very well. Very useful, both for catching prey and attracting a mate!

Awww, sharks in love…they just have that “special glow!”