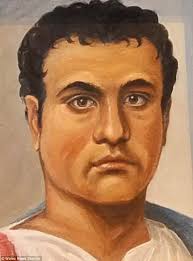 When it came to coloring hair, Ancient Rome was startlingly advanced. Its recipe for hair dye combines lead sulphide and lime. These create nanocrystals, which grow not just inside hair strands but in cells themselves, down the length of each hair shaft.

So discovered Philippe Walter of the France’s Center for Research and Restoration, and researchers from L’Oreal. Their study found such nanocrystals to be composed of lead. Lead is black, so with enough nanocrystals the hair turns black too. Permanently. (It doesn’t absorb into skin, though, so it isn’t toxic.)

The Romans didn’t corner the market on high-tech cosmetics. The ancient black eyeliner called ka-jal in India—or kohl—gets its mojo from carbon atom lattices called nanotubes. Women have been whipping it up for millennia, by scraping soot from vegetable oil.