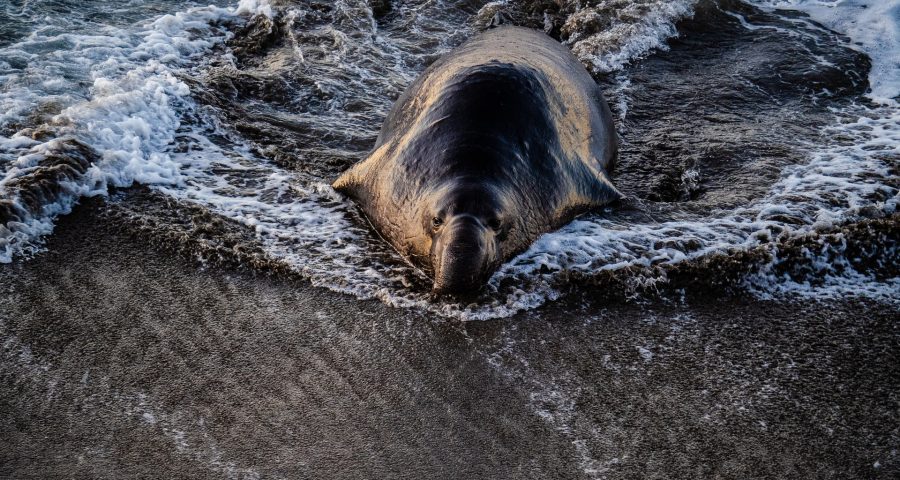 At sea, sometimes SEAL-ing the deal is risky business!

Imagine BULKING up to start a family. Male elephant seals need to get big to fight off other males during mating season. In fact, males can gain ONE THOUSAND pounds during their hunting season! Up to SIX times more than females gain! But how?

They attached depth recorders and radio transmitters to over TWO HUNDRED seals! They also used ultrasound to measure their blubber thickness.

And? They found that males hunted in food-rich shallower waters, while females hunted in the deeper, less food-dense open-ocean. The dudes also gained fat tissue over FOUR times faster than their lady friends!

But those shallow waters are DANGEROUS – filled with predators like killer whales and white sharks! Scientists think that males CHOOSE shallow waters! All so they travel LESS while eating MORE! Females, however, play it safe to reproduce safely and take care of their babies!

Who knew choosing where to eat was such a GAMBLE!