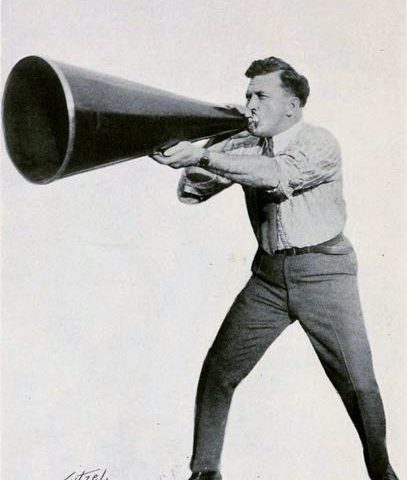 Consider this study on hockey noise done by University of Alberta audiologists Richard Liu and William Hodgetts. To measure the overall noise during three play-off games in Edmonton, Hodgett’s team conducted audiometric tests from a sound booth. Liu and his wife sat in the stands and wore dosimeters to determine their personal noise exposure.

And? Each three-hour game generated thirty-one times the safe noise limit for an entire day! That’s like sitting three feet away from a roaring chainsaw. And that was just during regular play! When a team scored, the place exploded, with the racket hitting one hundred and twenty decibels. That’s like standing next to a running jet engine! Liu and his wife both experienced hearing loss and ringing tinnitus afterwards.

We could warn live hockey fans, but research suggests all they hear is: ‘Bla bla bla hockey! Bla bla bla deafness!’ Well, that’s why we have six months to recover. See you—if not hear you—then. SCORE!