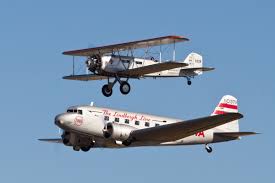 Flying is literally a drag. But does it have to be?

Airplanes feel drag. It comes from pushing against air molecules. And we need gigantic engines and tons of jet fuel to get around it. Is there a way to make drag…less of a drag?

Enter Ivan Vakarelski from the King Abdullah University of Science and Technology. He tested the drag on two metal balls travelling through a bucket of water. One ball was coated with a water-repelling, or super-hydro-phobic, layer. The other was heated to over 400 degrees.

Amazingly, the drag on BOTH balls decreased by about ninety percent! The super-heated ball boiled the water around it. Creating a gas bubble which helped push the water out of the way. And since the water hated the super-hydro-phobic ball, it just got out of the way. Voilá)! No more drag!

Obviously, we can’t travel around in super-hot airplanes. But maybe actual flying could be less of a drag.

Now, if we could only do something about those honey-roasted mystery peanuts!