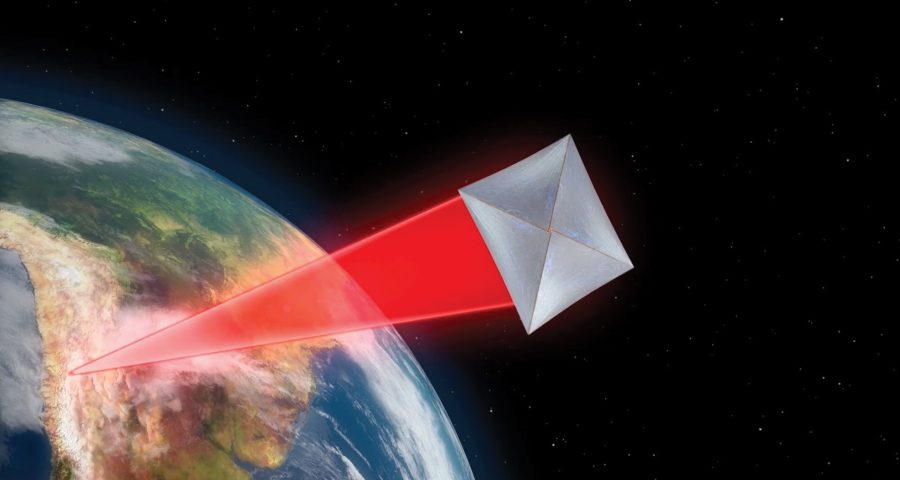 Breakthrough Starshot is a globally funded engineering research project. Their mission? To send thin, sheetlike “starChips” into space and take closeup pictures of alien stars. A whole fleet of these objects is designed to sail through interstellar space powered by an earth-based laser.

BIG PROBLEM though – imagine trying to steer a car straight along a bumpy road. If the chip is not constantly steered by the laser, it’ll tumble off-course and get lost forever!

But Ognjen Ilic and Harry Atwater at Caltech have found a solution. They’ve developed a texture for the bottom of the spaceship. Picture the surface of a DVD. The surface looks smooth, but is actually covered in imperceptible grooves and pits.

When a starChip begins to tilt, the patterning automatically un-tilts it. How does it work? It’s like a slinky. When you push on a slinky, it pushes back. It wants to go back to its rest position. The patterning creates the same self-stabilizing effect. Voila! Spaceship, steer thyself!

No need to “fasten your seatbelts” — it’s NOT gonna be a bumpy ride!