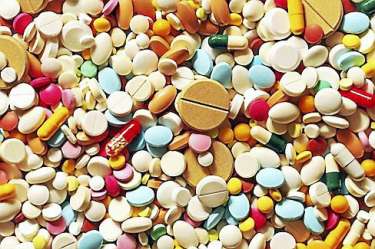 Hugs, not drugs. Wait, I mean, bugs on drugs!

If you get sick, your doctor might write you a prescription. But not everyone responds to medicines in the same way. Prescriptions can be guess-and-check – expensive, and possibly even harmful! How can we predict which drugs will work?

Michael Zimmermann and Maria Zimmermann-Kogadeeva at Yale University had a gut feeling. They fed different combinations of over two hundred medicines to human gut bacteria. By measuring drug concentrations before and after, they determined WHICH drugs the bacteria ate.

Results? Turns out humans aren’t the ONLY creatures using drugs! The bacteria broke down two-thirds of them… then converted them into new, unpredictable chemicals.

These new chemicals may change the body’s response to medicine. They may be benign… or toxic or even counteract the prescribed medicine.

The researchers think our bacteria help control how patients respond to medicine. In the future, doctors can consult our GUTS to figure out which drugs to prescribe – and which to avoid.

Glad to know I’m not the only one getting loopy on prescriptions – turns out, my microbes do too!