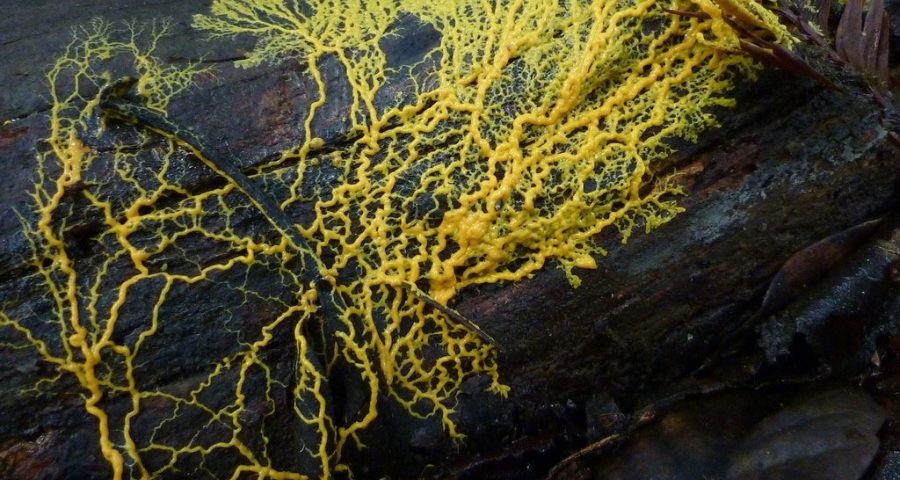 Where are those Spanx I ordered?!

Is the smarter way. . . through mold?

At Keio University, Masashi Aono studies the path taken by SLIME MOLD. You may know it better as…dog vomit.

The slime has two priorities -move TOWARDS food and AWAY from light. The team designed a course for the slime containing channels, each representing a different stop. The channels contained either food or a light source.

How did the amoeba do? It navigated the course with flying colors, outperforming the computers! When more stops were added, the slime mold still raced through.

So maybe in the future, that impulse ETSY buy will arrive faster. But please…hold the slime mold!

This script was written with Krista Fruehauf.