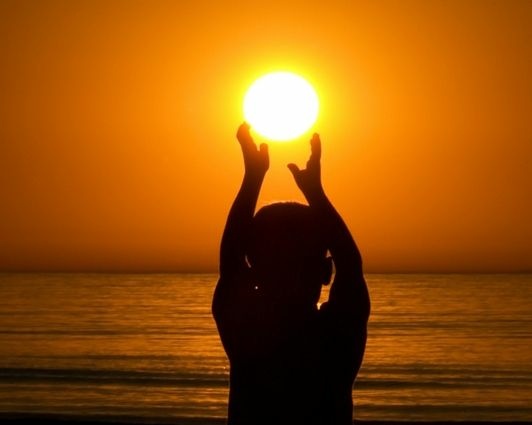 Meet David Fisher of Harvard Medical School. According to his new study, exposure to the sun’s UV rays releases endorphins, the body’s feel-good hormones. These activate the same pathways as morphine and heroin, and can lead to a sunshiny dependence—and a not-so-sunny higher risk of skin cancer.

Fisher and his team exposed shaved mice to UV rays for six weeks. After one week, the mice had higher endorphin levels in their blood. After six weeks, the researchers injected the mice with a drug, preventing the endorphin rush.

The mice exhibited symptoms of withdrawal, like tremors and chattering teeth. They began avoiding the part of the cage where they’d been injected. These results point to physical dependence.

Fisher says the fact that UV helps our skin create Vitamin D could be why we’re genetically inclined to seek out the rays. The endorphins don’t hurt, either.

When it comes to our moods, life’s a beach!