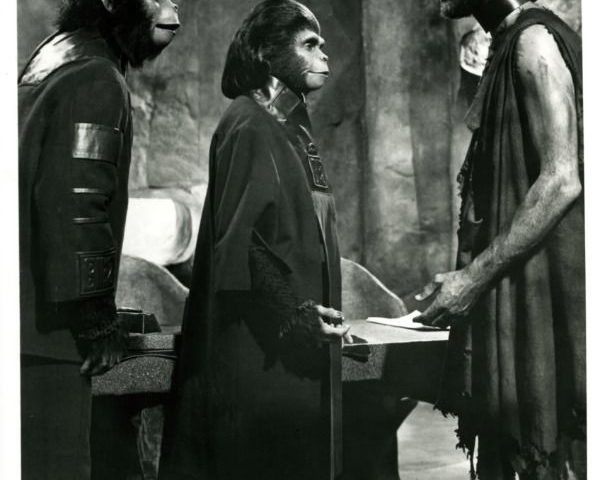 Are humans really at the top of the food chain?

Compared to our great ape cousins, we humans are way ahead in the evolutionary race. We’ve got bigger brains. We also reproduce faster than expected for our body size. Supporting these functions takes a LOT of energy – no monkeying around!
So, how DO we afford our costly lifestyles?

Researchers at Hunter College and the Lincoln Park Zoo teamed up to find out. How? By comparing the Total Energy Expenditure, or T-E-E, of chimps, bonobos, gorillas, orangutans, and humans. T-E-E is metabolic rate both at rest AND during daily activity.

To measure T-E-E, the team fed their subjects a special type of water. It replaces hydrogen and oxygen with two non-toxic isotopes, deuterium and oxygen-eighteen. Then, they tracked how long it took for the isotopes to be excreted. The excretion of the isotopes happens through metabolic processes like sweating.

Result? Humans have thirty-to-sixty percent higher T-E-E than other apes! This study is the first to suggest WHY we can maintain our sophisticated evolutionary traits. We consume more energy!

Planet of the Apes? Maybe someday… But for now, it’s humans who come out on top. Silly monkeys!