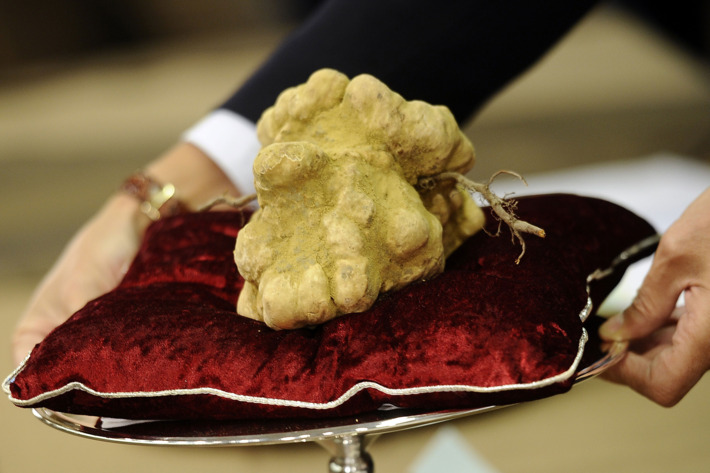 Counterfeit mushrooms? That’s nothing to sniff at.

Italian alba white truffles are a fungal delicacy. Connoisseurs love their distinct aroma and taste. So much so, that their going rate is about three thousand dollars per pound!

Unfortunately, the aroma and taste can be reproduced in the lab. Synthetic copycats have flooded the market, and unknowing consumers will pay the price.

Luigi Mondello at the University of Messina wants to sniff out the fakers. Although, he isn’t so much smelling as he is… weighing?

Bis(methylthio)methane is the compound responsible for the white truffle’s distinctive scent and flavor. It’s a carbon based molecule whose lab version is LIGHTER than its natural form – due to the ingredients used to make it.

In nature, some carbon atoms weigh more than others. Mondello developed a scale that weighs the truffles’ carbon and determines the ratio of heavy carbon atoms to lighter ones.

A ratio with heavier carbons means your truffle product is the real deal. Lighter carbons? You’ve got a fake on your hands – or, bruschetta.

In short, to truffle counterfeiters, Mondello is NOT a ‘fun guy.’