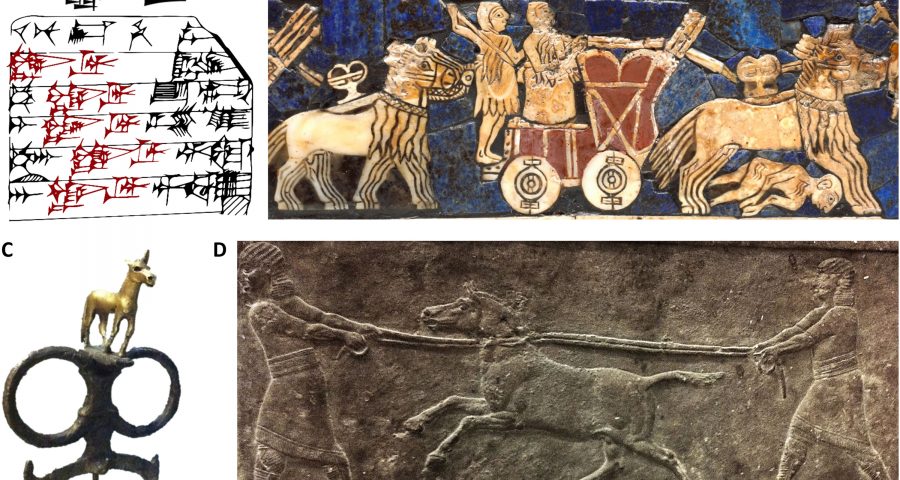 Can you even imagine a time before … horses?

In the early two-thousands, archeologists in modern-day Syria found bones of a horse-like creature. The bones were over forty-five hundred years old! But horses weren’t introduced to the area for another FIVE HUNDRED YEARS! What WERE these mysterious animals?

Meet Andrew Bennett and his team from Jacques Monod Institute in Paris.

The team extracted DNA from the bones found at the excavation site. They then tested the samples using PCR. This technique can create HUNDREDS of copies of a single DNA sample for analysis! They compared the remains to a DNA database of horses, donkeys, and other equids.

So, what WAS my little Mystery Pony? The KUNGA!, That’s a cross between a domesticated donkey and a hemippe — a wild donkey! But they didn’t just meet on their own. Based on artwork found in Syrian ruins, researchers believe that early humans PURPOSELY bred wild equids with domesticated ones.

And that makes the kunga the EARLIEST KNOWN human-engineered crossbreed!