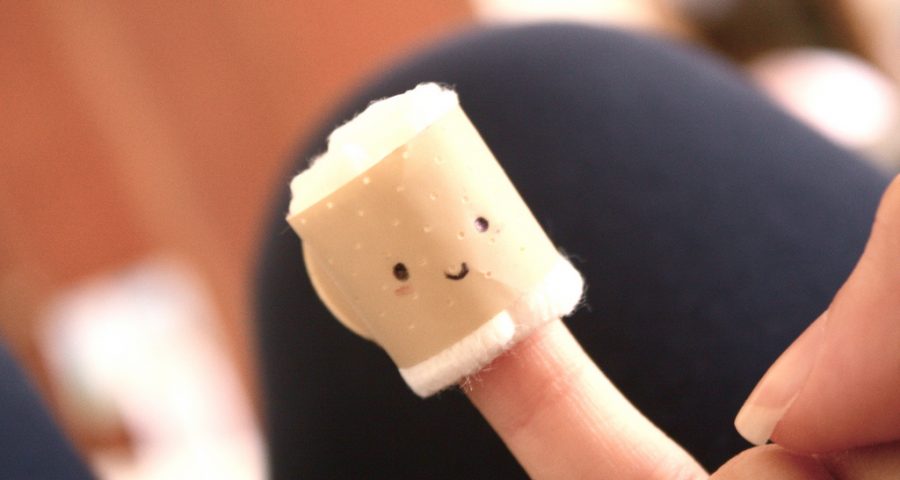 This is Sandra Tsing Loh with the Loh Down on Science, saying: It’s actually called hemostat solution, initially developed by a team of scientists at MIT.

It works by bathing injured tissue in a blend of peptides, small fragments of proteins.When these microscopic bits touch raw meat—ew—they self-assemble into a gel. It seals the injured site like Handi-wrap around a bowl of Jello. In about 10 seconds, bleeding stops.

The solution is light-years beyond any other blood stopper on the market.Even better, it’s nontoxic—because it’s made up of what we’re made up of. Meaning just a little dab ‘ll do ya—we’re talking nano-scale here.

It’s also universally useful. The researchers tested it on everything from skin punctures to sliced spinal cords and lacerated livers. Works every time.

And, it’s 100% biodegradable. In other words, this stuff’s magic! At least on rats, hamsters, and raw meat. For humans, more research is still needed.

So when you cut yourself shaving, try some Sponge Bob Band-Aids. Those never expire.