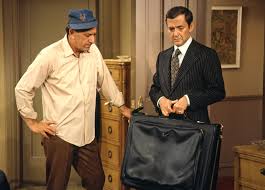 Hey, lab mice – take a walk on the wild side!

Over time the life of a lab rat has become more routine and more clean. But some researchers have questions about cleanliness.

Mark Pierson studies the immune system at the University of Minnesota. He and his colleagues have begun to experiment by adding wild mice into the mix. His lab mice are getting new roommates off the street — well, sort of!

Pierson thinks that sterile lab mice have immune systems like those of newborn babies! So he’s introducing pet store mice into the lab. After only four weeks of rubbing shoulders with their new roommates, squeaky clean mice develop more human-like immune systems.

Pierson thinks the mice with rugged roommates are more useful in predicting human response. Making them a better animal to test out new drugs!

So, Mouse-ka Felix — meet Mouse-ka Oscar. You’ll be glad you did!