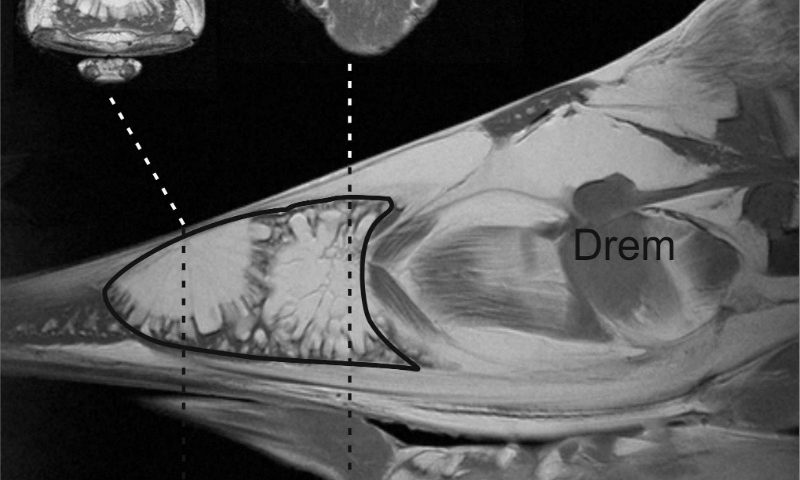 Want to swim like Michael Phelps? Learn from a swordfish!

Swordfish are known for their iconic sword-shaped bills. But did you know they can swim sixty miles per hour?! That makes them the fastest swimmers on Earth! What’s their secret for reaching such high speeds?

Scientists in the Netherlands were investigating the strength of the swordfish’s bill. They noticed a weak spot at the base of the bill. It turned out to be an oil-producing gland. Oil from this gland is transported to tiny skin pores on the head. The pores are surrounded by toothlike structures.

The researchers think the oil coating and toothlike structures may reduce water resistance across the swordfish’s head. With less resistance, prey are no match for the swift hunter!

New idea for Rio? Oil-producing swimsuits. Or maybe Michael Phelps can slick his hair back just a little differently. Could the hottest new Olympic sponsor be Brylcreem? Just a dab’ll do ya!