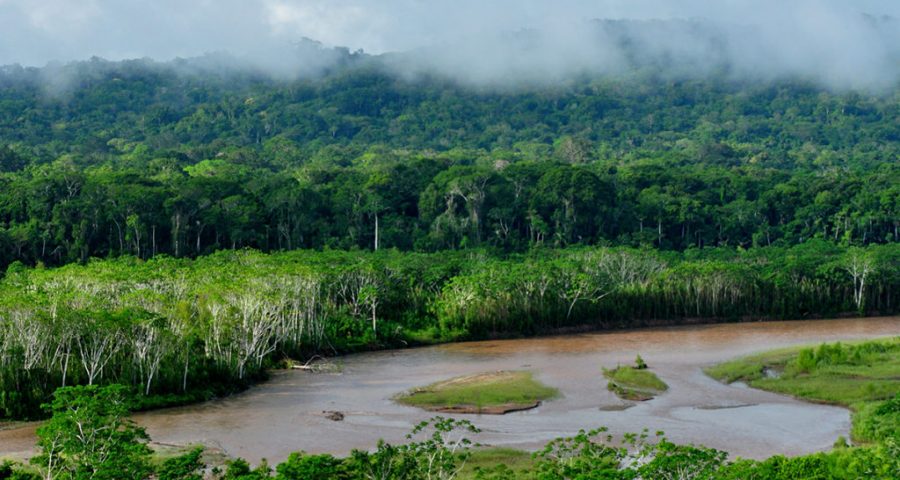 Secondary organic aerosols–gah! These tiny particles are a class of chemicals that form the air around us. As natural and industrial gas emissions interact with sunlight, the resulting particles reflect or absorb sunlight. This affects cloud formation and contributes to unhealthy conditions and climate change.

What about industrial pollution seeping into pristine forests?

Manish Shrivastava from the Pacific Northwest National Laboratory wondered. He went to the Amazon rainforest to study how human pollution interacts with nature to influence climate change.

In the Amazon, atmospheric chemistry mimics both pre-industrial and modern, urban-influenced conditions. Shrivastava collected clean air samples from above the Amazon and over the polluted city of Manaus.

Turns out, when it comes to pollution, the sky is the limit! Yikes!