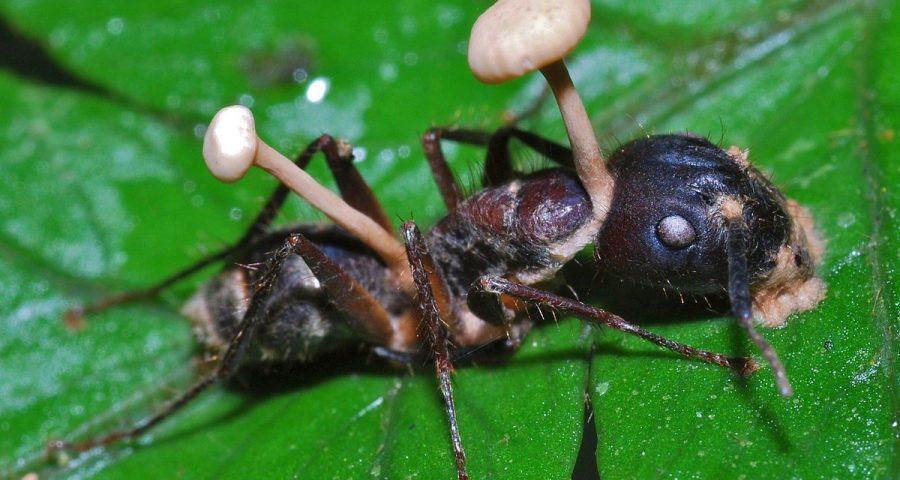 I don’t mean the human living dead, but troves of zombie ANTS??!!

It happens when a parasitic fungus hijacks their brains.The fungus releases chemicals into the ants that compels them to climb high into trees – then kills them!

But the horror movie doesn’t end there. Part Two – a mushroom grows out of the ant corpse and rains zombie spores onto unsuspecting ants below! The zombie cycle begins again. More popcorn, please!

But are ALL ants powerless against this mind-controlling parasite?.

Enter Charissa de Bekker and other researchers from Penn State. They infected different ant species with the fungus to identify susceptible zombies.

What happened? ALL infected ants died from the toxin. But only certain species became the Walking Dead. The team found potential zombie-transforming chemical culprits lurking within these species. These culprits are also linked to neurological disorders and cancers in people.

This could help us better understand and treat human diseases!

I can’t wait for the sequel – “Night of the Living Dead…Antz!” With a Z.